The second tour of recruitment is underway – till May 19th

Astronomical Observatory of the University of Warsaw is the leading astronomical institution in Poland. It has a high world position in the field of large-scale photometric observations of the sky thanks to the OGLE and ASAS projects carried out for over twenty years. Our staff is also actively involved in such world renowned projects as HESS and CTA (high energy observations), LIGO/VIRGO (gravitational waves) and satellite missions such as Gaia (mass astrometry, transient phenomena).

According to the new Law on Higher Education and Science, from 2019 astronomical doctoral studies at the University of Warsaw take place within the framework of the Doctoral School of Exact and Natural Sciences and last for 4 years. PhD students are entitled (by law) to a scholarship of min. PLN 2370 gross in the first two years of studies and PLN 3650 in the following two years, after successfully passing the mid-term evaluation. The Observatory declares to increase the scholarship for students admitted in the 2022 recruitment process up to the amount of min. PLN 4000/4500 gross per month in the first/second two-year period, respectively. It may also be possible to receive independent co-financing from projects conducted by supervisors.

Candidates interested in pursuing doctoral studies are asked to contact potential supervisors according to the list of proposed topics below. The enrollment process in 2022 will take place in two rounds. The registration of applications in the second tour starts April 1st and ends May 19th. The full schedule and detailed instructions can be found on the Doctoral School enrolment page

The details of the enrollment process and the amount of scholarship for positions financed from external grants will be given separately. We encourage early contact and discussion with the prospective supervisors.

(check often for updates and additions)

One of the key goals of astrophysics is understanding how planetary systems form. Understanding planet formation requires finding exoplanets including the ones that are similar to those known in the Solar System. Massive planets in the Solar System are on orbits that are too wide to discover similar exoplanets using transit or radial velocity techniques. Planets on orbits similar to Uranus and Neptune are the hardest to be found. However, similar planets are found using the gravitational microlensing technique, which also allows finding free-floating planets, i.e., the ones that do not orbit any star. Both wide-orbit and free-floating planets have already been found by the OGLE survey that is run by astronomers from the University of Warsaw and observes microlensing events for almost 30 years.

The successful applicant will be working on analysis of existing data (mainly from the OGLE survey), planning and conducting follow-up ground-based observations, and planning observations of the future NASA satellite – the Nancy Grace Roman Space Telescope.

Active galactic nuclei (AGNs) and quasars are the most luminous sources of continuous light in the Universe. They are known to be variable sources with the variability timescales of months to years and flux variations of the order of 10%. As the source of the variability, theoretical studies have considered the microlensing effect, explosions of supernovae, changes to the accretion disk around a super-massive black hole, to name a few. Yet, after nearly 60 years since the discovery of quasars, it is still unknown how they are exactly powered and what causes huge luminosity changes, especially if the new class of AGNs – changing look quasars (CLQs) – is considered. Recently, it was shown that the evaporation of the inner edge of the accretion disk around a black hole may be responsible for dramatic changes in CLQs.

In the proposed grant, the PhD student will perform computer simulations of accretion disks around super-massive black holes to verify if the variable evaporation at the inner edge of the disk or the variable accretion rate (of the whole disk or parts of it) can be responsible for the observed variability changes in normal AGNs. The variable evaporation radius of the inner accretion disk appears to be a reasonable scenario because the theoretical variability time scale of the inner accretion disk evaporation is of about one year and seems to agree with observations. The removal of the inner part of the disk – the most energetic and the brightest part of the disk – will cause a quasar to appear fainter and also redder, in line with the “bluer-when-brighter” scenario known in AGNs.

The PhD student will also analyze 20-years-long OGLE V- and I-band light curves to derive the variability timescale and measure time delays between V- and I-band light curves in order to constrain the temperature proﬁle as a function of radius of the accretion disk. We will measure time delays between the optical and infrared bands. This is possible because the WISE infrared data have up to 2400 observations spanning up to 10 years (in the area of the Large Magellanic Cloud) and signiﬁcantly overlap with the OGLE-IV data. As the optical-infrared time delay depends primarily on the AGN brightness, dust temperature, size, and composition, we will estimate the dust grain size, and the AGN torus size.

Active galactic nuclei (AGNs) and quasars are the most luminous sources of continuous light in the Universe. Almost 60 years after the discovery of quasars, however, it is still not entirely known how they are powered and what causes huge changes in their brightness, especially when we consider a new class of quasars – Changing-Look Quasars (CLQ). They do not seem to fit the unified model of AGN. To make matters worse, the sizes of the accretion disks in AGN measured from observations of gravitational microlensing appear to be four times greater than it is expected from the standard model.

As part of the proposed research, the Ph.D. student will analyze the largest catalog of spectroscopic properties containing over half a million objects. The relationships between such parameters as the black hole mass, bolometric luminosity, Eddington luminosity, disk inclination angle, continuum slope, spectral emission line widths (FWHM, equivalent width), asymmetry, and their shifts in relation to the emission wavelength will be analyzed. The dependence of equivalent widths on the brightness of the emission lines (Baldwin effect) or the relationship between the ratios of the intensity of the emission lines (BPT diagram) will be also studied. These relations may lead to increasing our understanding of physics and the 3D shape of these objects.

The exact physical shape of the emitting region and physical mechanisms leading to huge energy output in AGN are of high interest. That is why a fair fraction of the AGN community seeks to turn AGNs into a new standard candle (a yardstick to measure large distances). If that was the case, AGNs could be used to constrain the evolution (expansion rate, density) of the Universe between roughly 1 and 13 billion years. Supernovae Ia are no longer visible at such distances and our knowledge is based on a small number (~160) of other standard candles – gamma-ray bursts.

Quasars in large numbers are readily available, but we still do not know how to use their properties to make them a standard candle, albeit there are two successful empirical attempts to date. The goal of this project is to pinpoint the relations between various AGN parameters. They will enable making AGNs a standard candle.

As part of the doctoral studies, it is proposed to conduct research in dynamically developing field – Gravitational Wave Astronomy Gravitational Wave Astronomy, which was born in 2015 with the first detection of gravitational waves from the coalescence of two massive stellar GW150914 black holes. This groundbreaking discovery was awarded the Nobel Prize in Physics two years later. Binary systems of neutron stars and black holes, rotating neutron stars and supernovae explosions are the strongest sources of gravitational waves for LIGO-VIRGO-KAGRA detectors and the third-generation Einstein Telescope.

Successful candidate will study the properties of these sources using relativistic numerical codes. In particular it is proposed to model differentially rotating hot neutron stars which are one of the possible remnants of the coalescence of neutron stars in binary systems or during the collapse of the nucleus of a massive star during a supernova explosion.

It will be also possible to take part in the search for gravitational waves from different astrophysical sources by analyzing data from from VIRGO/LIGO detectors within the Virgo-POLGRAW research group. The projects are conducted in cooperation with research centers in, among others, France, Italy, Greece, Spain and the USA.

The current gravitational wave detectors work in the high frequency range i.e. 50-1000Hz, the planned satellite observatory will work in the miliHertz range. The intermediate region may be explored by the proposed projects like DECIGO, BBO, or by the Lunar observatory LGWS.

The project will be based on exploring the scientific potential of these observatories working alone, or together with terrestial experiments.

Gravitational waves from merging binaries are standard sirens, that
allow cosmological measurements. The project will be devoted to investigation of the methods of inferring cosmological parameters using the data from the current observatories like LIGO/Virgo as well as the future ones – like LISA, Cosmic Explorer or ET.

A significant part of pulsating red giants exhibit additional variability called the long secondary period (LSP). This variability is thought to be
due to the star being in a binary system, in which the companion is a former planet that accreted some matter lost by the giant.

The goal of this project is to analyze photometric and spectroscopic observations of LSP stars and perform hydrodynamical modelling in order to verify this hypothesis. The project is a part of an ERC grant “A MISTery of Long Secondary Periods in Pulsating Red Giants – Traces of Exoplanets?” (LSP-MIST).

The candidate for the project should have advanced programming skills.

The scholarship will be financed by the ERC grant of the supervisor.

The Milky Way bulge is the closest bulge of a spiral galaxy that we can study. Yet there are fundamental problems with measuring basic parameters of the Galactic bulge such as total stellar mass, mass to light ratio, or initial mass function. Most stellar mass is in low-mass stars and the fraction of low-mass stars is unknown. Low-mass binary systems are very hard to study if they are at a distance of dozens of thousand light-years. Understanding the structure of the Galactic bulge requires knowledge of statistics of the binary systems: their relative fraction, distribution of mass ratios, and distribution of separations. However, these statistics can be studied using the gravitational microlensing technique, which is most sensitive to the low-mass stars. Hundreds of binary microlensing events have already been found by the OGLE microlensing survey.

The main task of a successful applicant will be the analysis of existing ground-based data, mainly from the OGLE survey. Other tasks will be chosen later based on the applicant’s interests. These tasks could be planning and conducting additional ground-based observations or constructing models of the Galactic bulge.

The scholarship will be financed by the SONATA BIS grant for the supervisor. 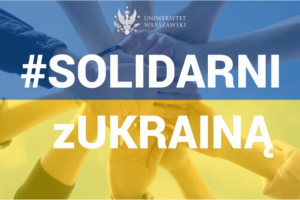